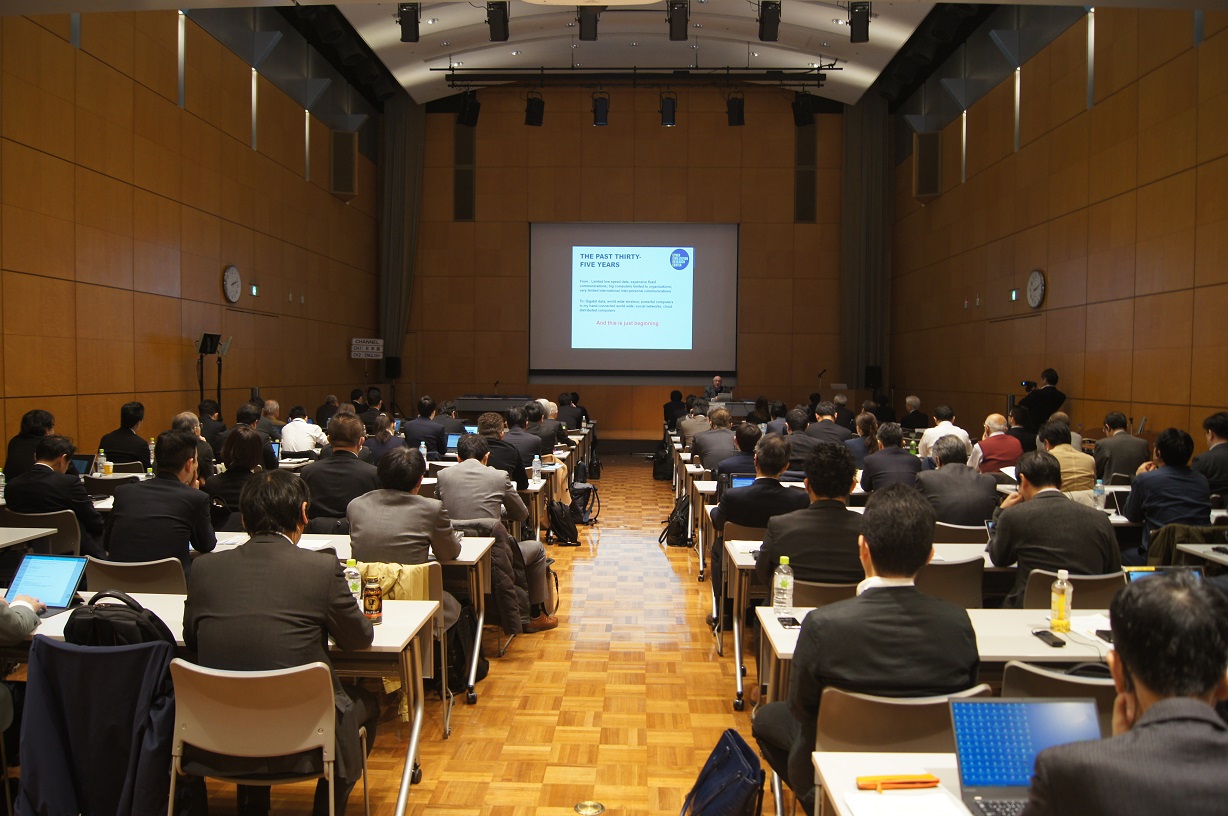 “The Second Home Appliance Open Innovation Symposium―The Future brought by ECHONET 2.0―” was held on December 16, 2019 at the Large Hall, Seavans S Building 1F.(Sponsored by: Keio University Cyber Civilization Research Center, cosponsored by: ECHONET Consortium)
Despite being held during the busiest season immediately before the holidays, the symposium was very well-attended by about 90 members and visitors, and was a great success. 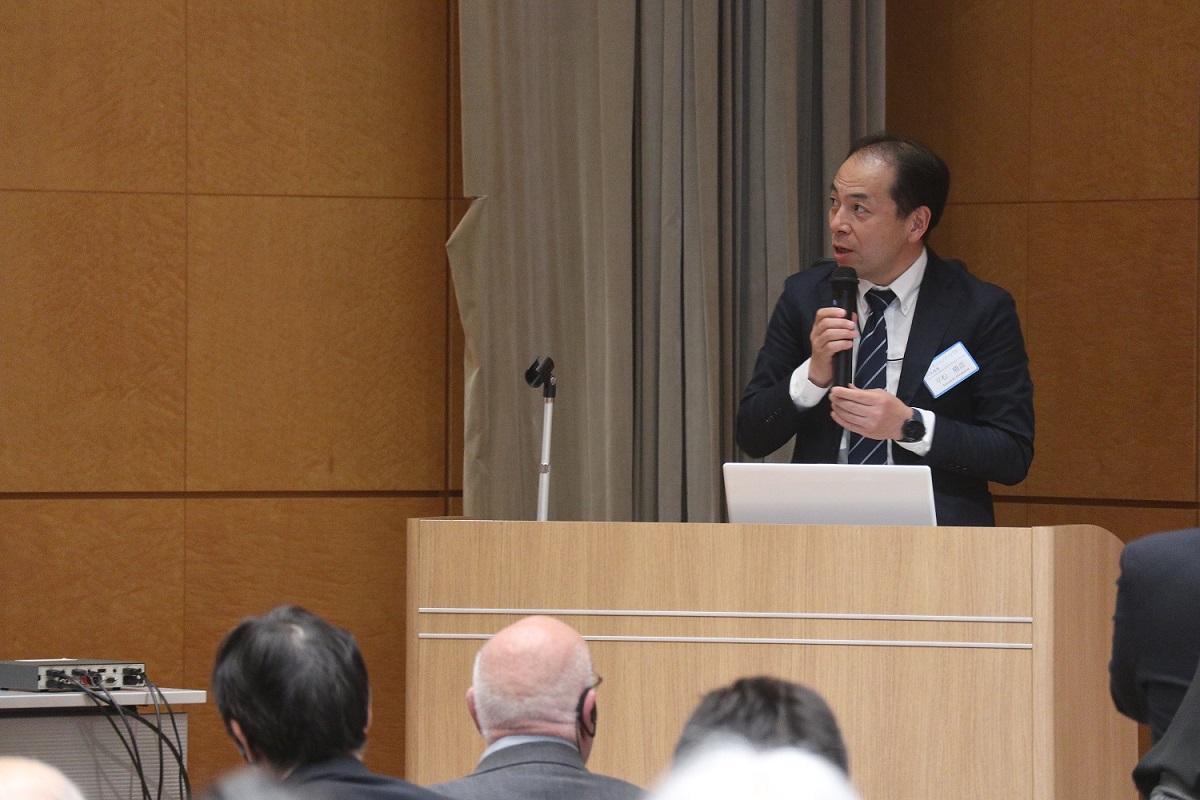 A keynote speech titled “A New Internet World: The nature of IoT innovation” was given by Dr. David Faber, co-director of the Keio University Cyber Civilization Research Center.
Dr. David Farber is a famous professor and an expert in computer science and public policy. He is known as the father of the internet.
He assumed the office of co-director of the Cyber Civilization Research Center established at Keio University.
Dr. Faber was recently selected as a fellow of the famous American Association for the Advancement of Science (AAAS). This is the highest honor an American scholar can receive. 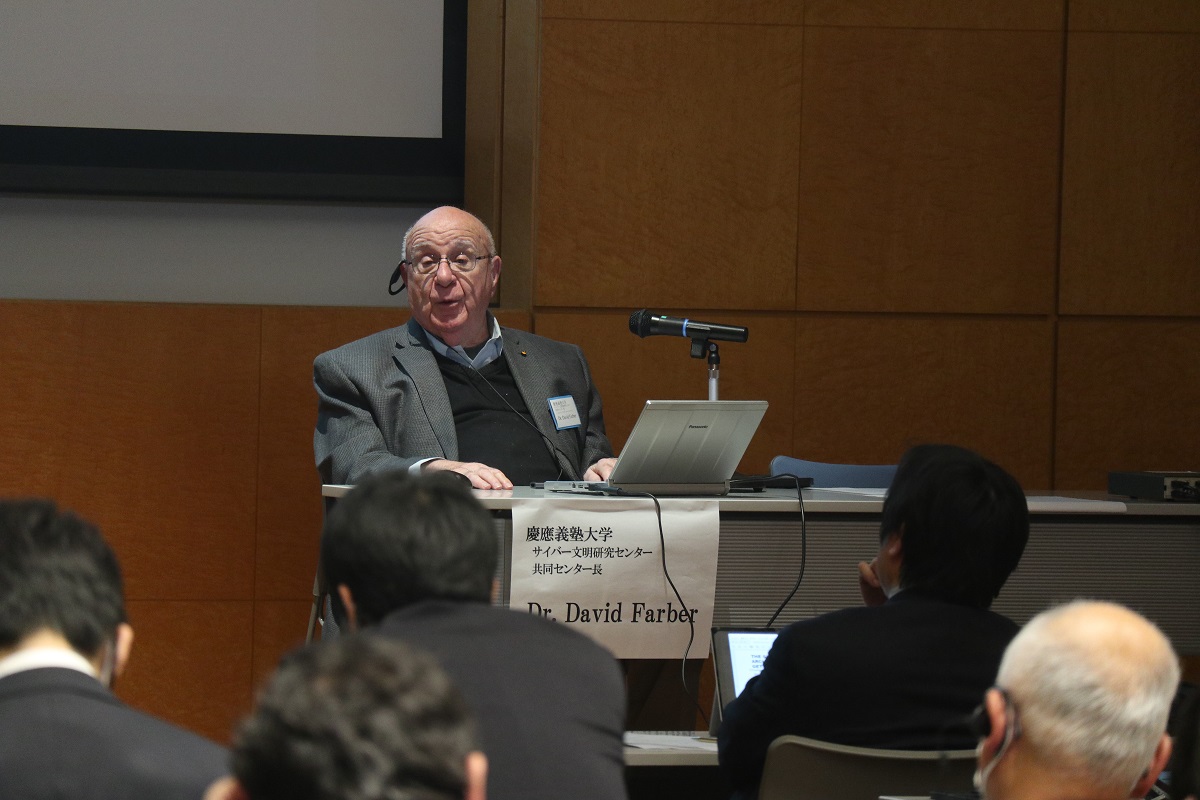 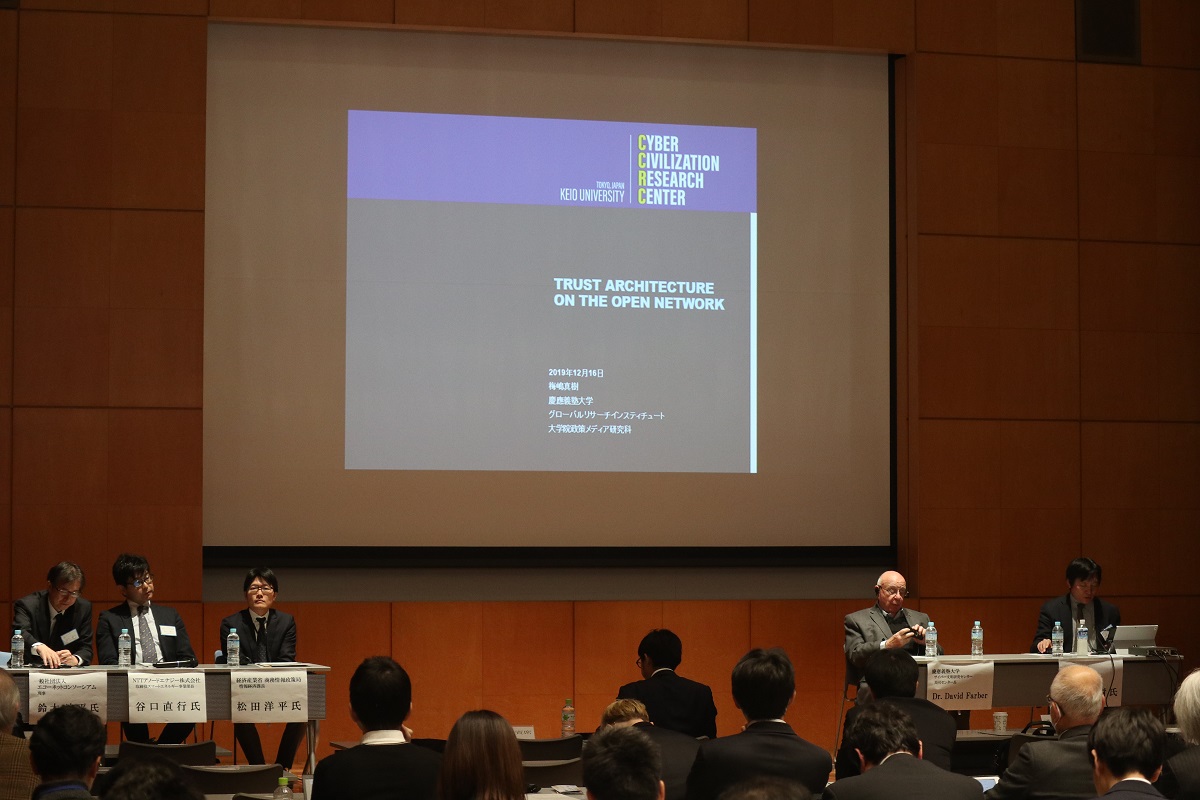 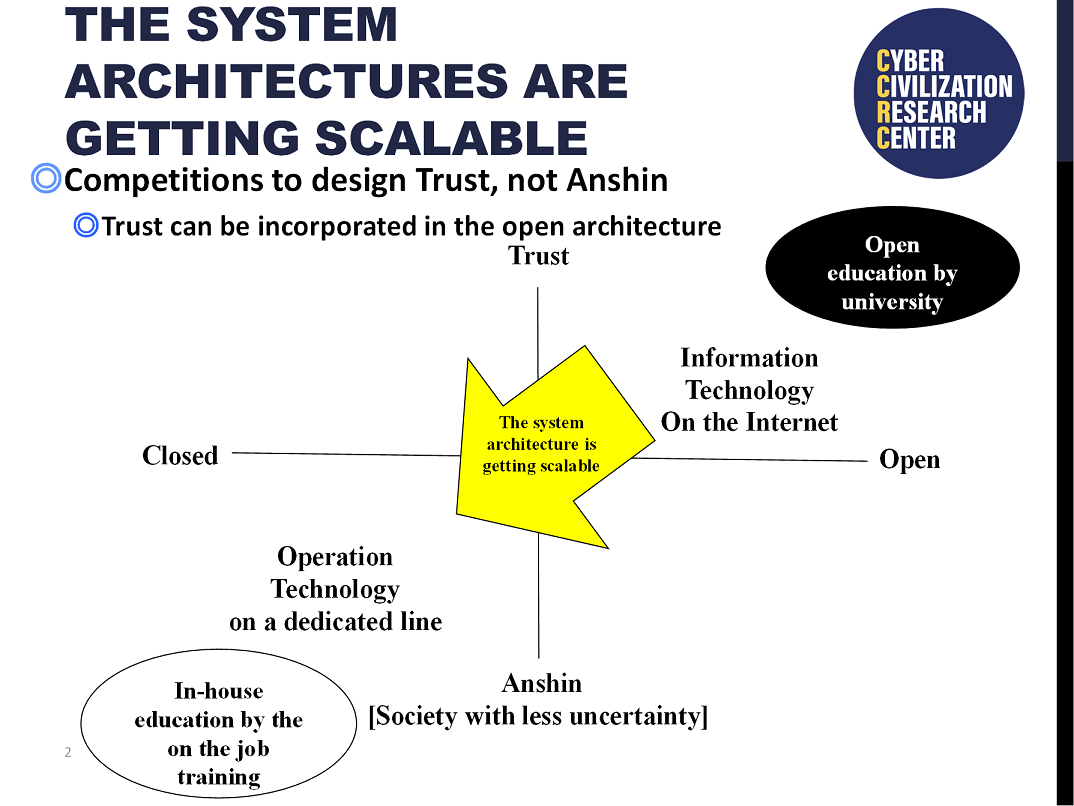 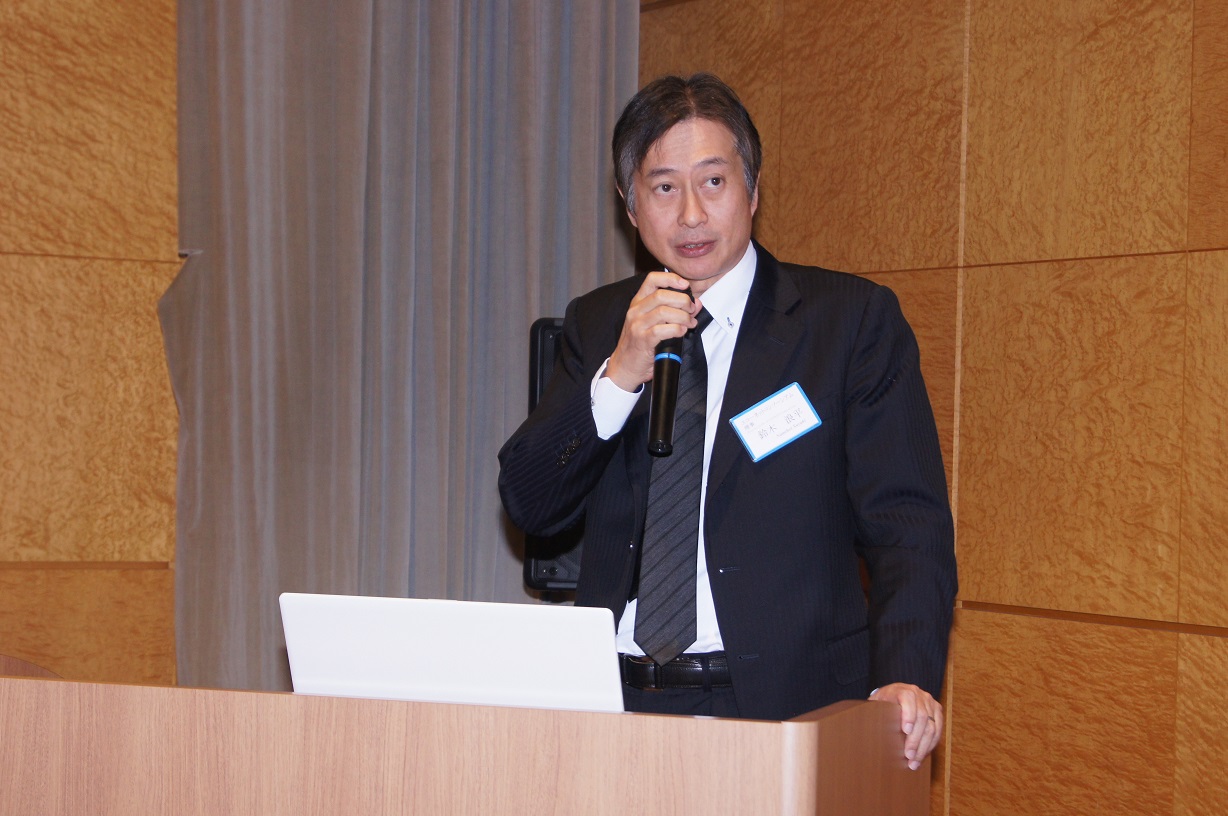 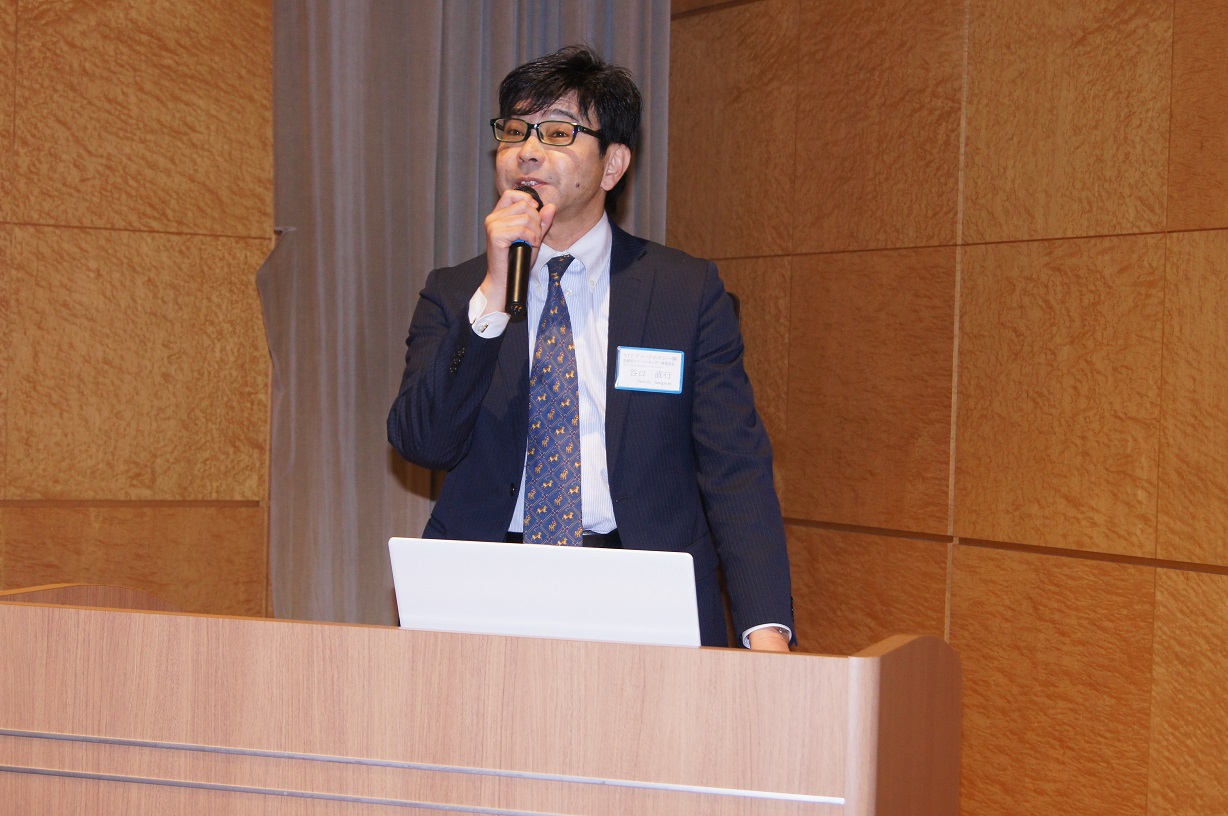 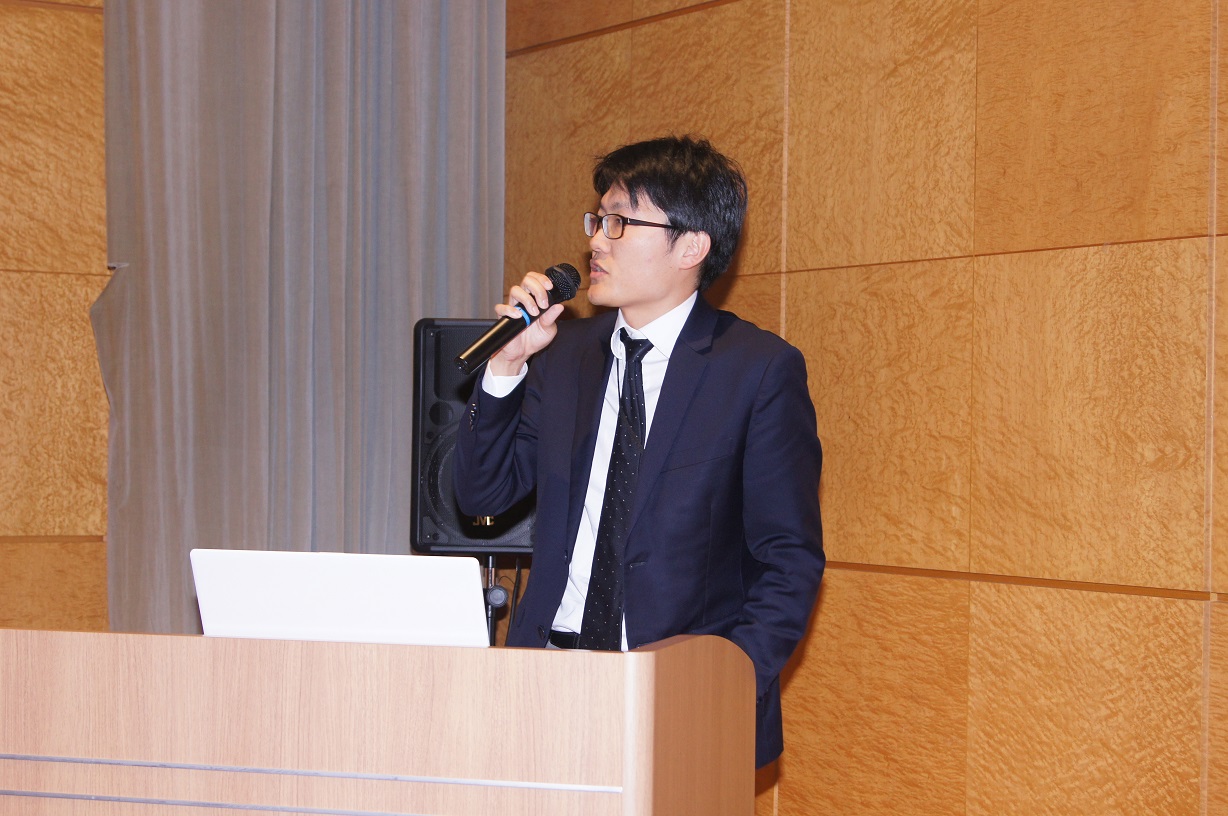 After the presentations, the panel discussion was continued with Dr. David Farber who gave the keynote speech, and with Dr. Masaki Umejima as a moderator. 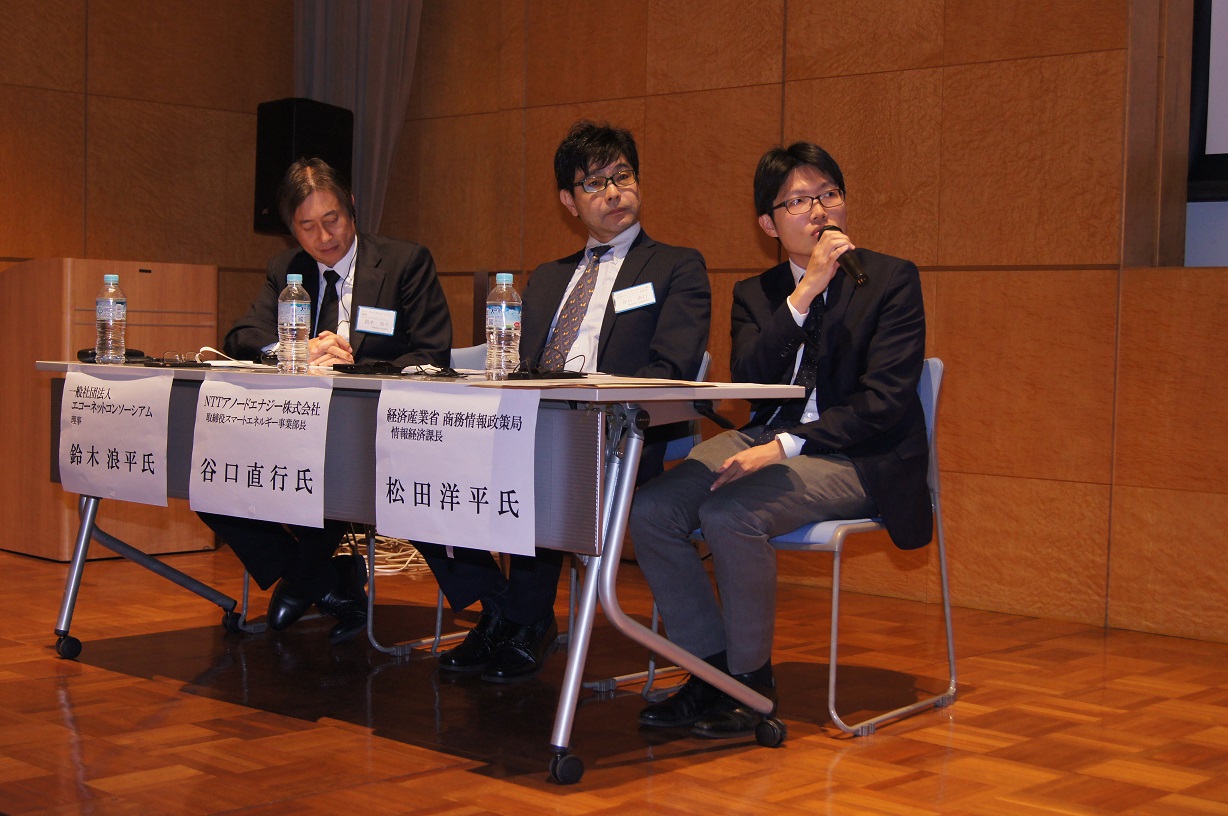 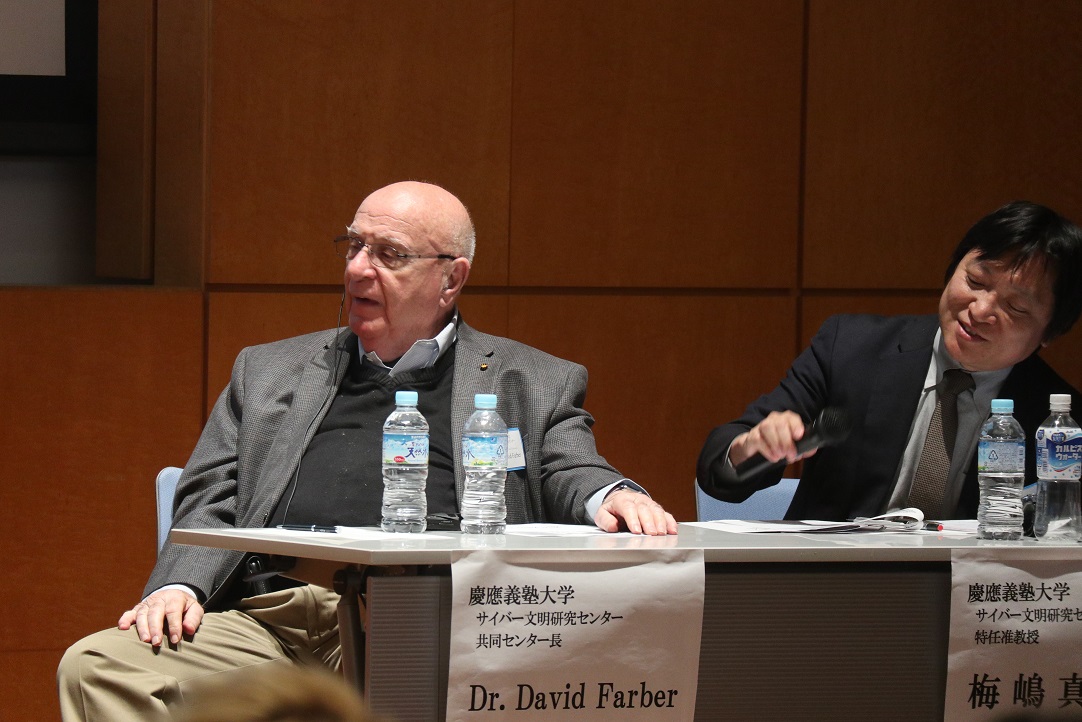 ECHONET Lite devices have been shipping for eight years and will soon reach 100 million units.
From now on, in building service systems, etc., it is necessary to ensure system reliability and expand the number of controllers in cooperation with the public and private sectors.
There were lively discussions, such as the need to proceed with a sense of speed, and a sense of crisis was shared. 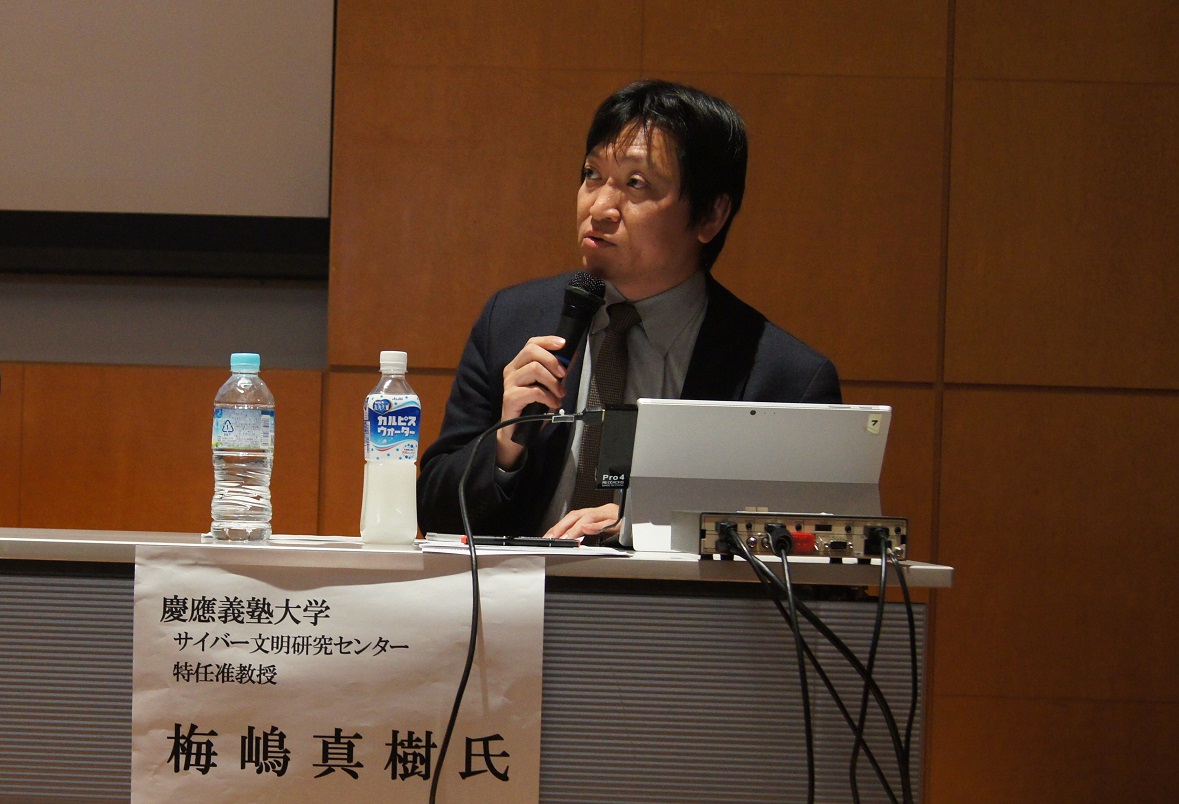 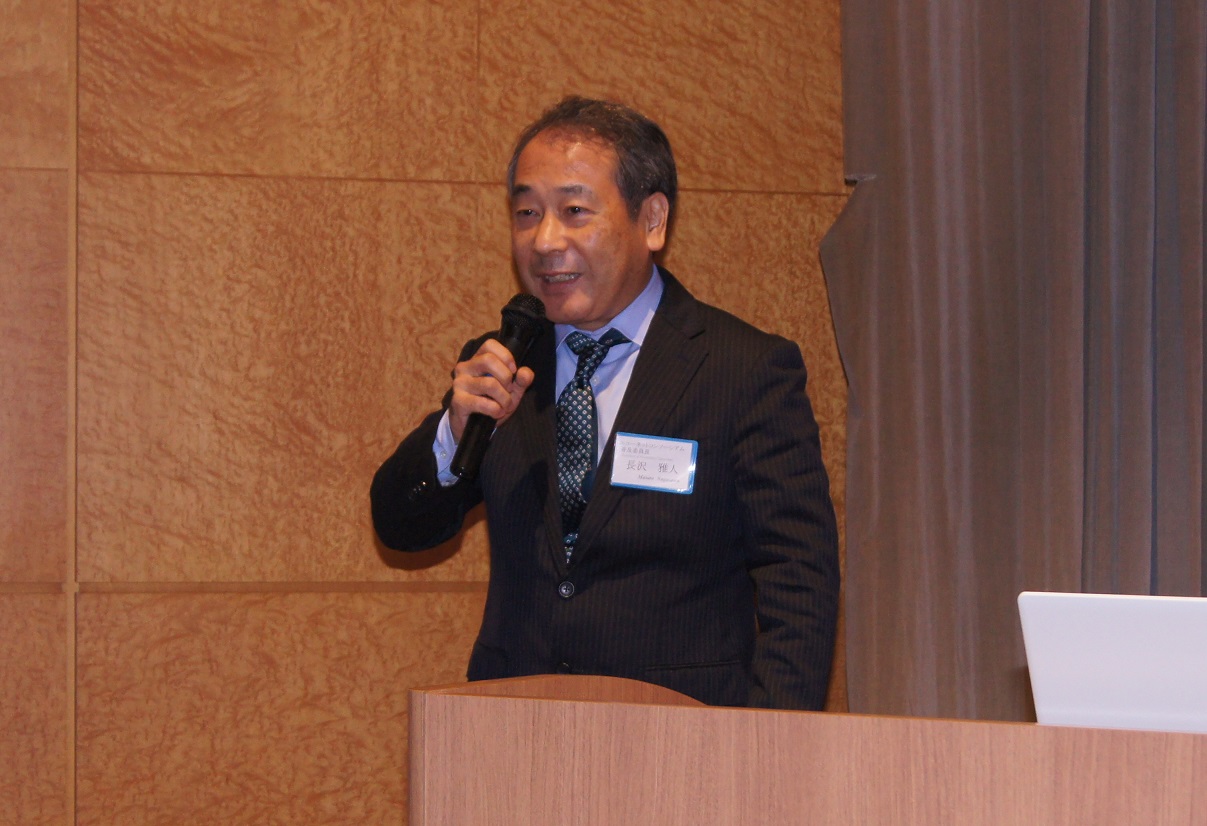 Symposium details
BACK
Top of this page